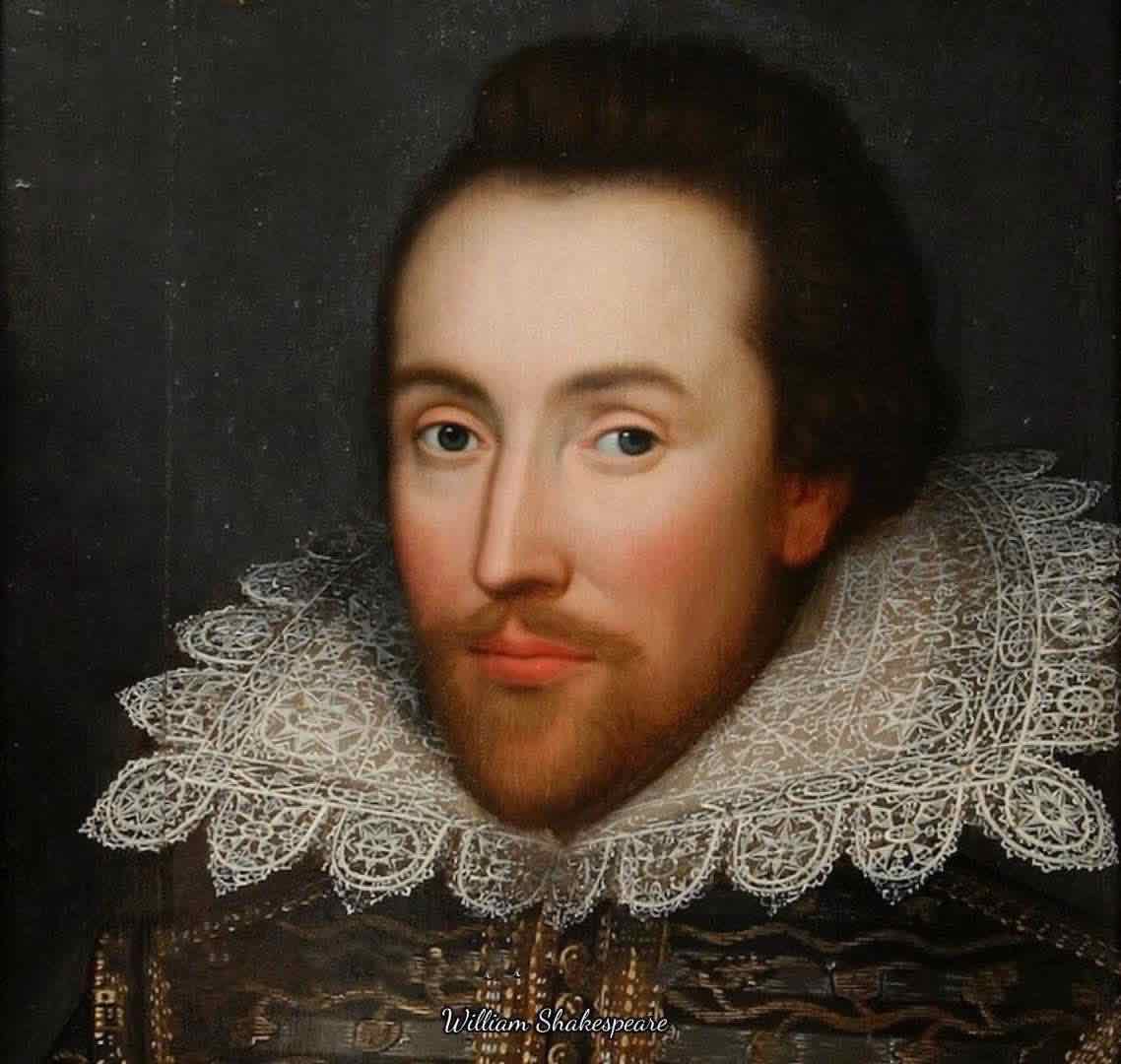 William Shakespeare (26 April 1564 – 23 April 1616) was a well-known English poet, play writer, and actor. He was widely regarded as the most excellent writer in the English language and the world’s greatest dramatist. He is often called England’s national poet and the “Bard of Avon” (or simply “the Bard”).

In honour of the Bard’s 456th birthday. We compiled the 100 most beloved quotes from his extant works, including collaborations, consist of some 39 plays, 154 sonnets, two long narrative poems, and a few other verses. Read through these Shakespeare quotes and find ones that speak loudly to your heart and soul. Let the wisdom of Shakespeare influence your day.

100 Of The Most Brilliant Shakespeare Quotes

“Some are born great, some achieve greatness, and some have greatness thrust upon them.” – Twelfth Night Act 2, Scene 5, William Shakespeare

“My words fly up, my thoughts remain below: Words without thoughts never to heaven go.” – William Shakespeare

“Ignorance is the curse of God; knowledge is the wing wherewith we fly to heaven.” – William Shakespeare

“God has given you one face, and you make yourself another.” – William Shakespeare

“It is not in the stars to hold our destiny but in ourselves.” – William Shakespeare

“We know what we are, but know not what we may be.” – William Shakespeare

“All the world’s a stage, and all the men and women merely players: they have their exits and their entrances; and one man in his time plays many parts, his acts being seven ages.” – As You Like It, Act II, Scene VII

“Good night, good night! Parting is such sweet sorrow, That I shall say good night till it be morrow.” – Romeo and Juliet, Act II, Scene II

“This above all: to thine own self be true, And it must follow, as the night the day,Thou canst not then be false to any man.” – Hamlet, Act I, Scene III

“Better a witty fool than a foolish wit.”

“False face must hide what the false heart doth know.”

“It is a wise father that knows his own child.”

“Action is eloquence.” – Volumnia in Coriolanus

“The robb’d that smiles, steals something from the thief.” – Duke of Venice in Othello

“To do a great right do a little wrong.”

“An overflow of good converts to bad.”

“Is this a dagger which I see before me, the handle toward my hand?” – Macbeth Act 2, Scene 1

“I would challenge you to a battle of wits, but I see you are unarmed!”

“Women may fall when there’s no strength in men.”

“No legacy is so rich as honesty.”

“Some rise by sin, and some by virtue fall.” – Escalus in Measure for Measure

“Give every man thy ear, but few thy voice.” – Polonius in Hamlet

“Hell is empty and all the devils are here.”

“Things done well and with a care, exempt themselves from fear.”

“The robbed that smiles, steals something from the thief.” – Othello, Act I, Scene III

“A peace is of the nature of a conquest; for then both parties nobly are subdued, and neither party loser.”

“How sharper than a serpent”s tooth it is to have a thankless child!” – King Lear Act 1, Scene 4

“The lady doth protest too much, methinks” – Hamlet Act 3, Scene 2

“Lord, what fools these mortals be!” – Puck in A Midsummer Night’s Dream

“By all the vows that ever men have broke, in number more than ever women spoke”

“All that glitters is not gold.” – The Merchant of Venice, Act II, Scene VII

“This royal throne of kings, this sceptred isle… This blessed plot, this earth, this realm, this England.” – Richard II Act 2, Scene 1

“Our doubts are traitors and make us lose the good we often might win by fearing to attempt.”

“There is nothing either good or bad, but thinking makes it so.” – Hamlet Act 2, Scene 2

“Men at some time are masters of their fates: The fault, dear Brutus, is not in our stars, But in ourselves, that we are underlings.” – Julius Caesar, Act I, Scene II

“To thine own self be true, and it must follow, as the night the day, thou canst not then be false to any man.”

“The wheel is come full circle: I am here.” – Edmund in King Lear

“The evil that men do lives after them; The good is oft interrèd with their bones.” – Julius Caesar Act 3, Scene 2

“There are more things in heaven and earth, Horatio, than are dreamt of in your philosophy.” – Hamlet Act 1, Scene 5

“Full fathom five thy father lies, of his bones are coral made. Those are pearls that were his eyes. Nothing of him that doth fade, but doth suffer a sea-change into something rich and strange.” – The Tempest Act 1, Scene 2

“The more pity that fools may not speak wisely what wise men do foolishly.” – Touchstone in As You Like It

“Love is not love that alters when it alteration finds.”

“Self-love, my liege, is not so vile a sin, as self-neglecting.” – Dauphin in Henry V

“Love is a smoke made with the fume of sighs.”

“Love to faults is always blind, always is to joy inclined. Lawless, winged, and unconfined, and breaks all chains from every mind.”

“Young men’s love then lies not truly in their hearts, but in their eyes.”

“Love sought is good, but given unsought, is better.”

“They have been at a great feast of languages, and stol’n the scraps.” – Moth in Love’s Labor’s Lost

“What’s in a name? That which we call a rose By any other word would smell as sweet…” -Romeo and Juliet, Act II, Scene II

“Who could refrain that had a heart to love and in that heart courage to make love known.”

“Love looks not with the eyes, but with the mind; and therefore is winged Cupid painted blind.” – A Midsummer Night”s Dream Act 1, Scene 1

“As soon go kindle fire with snow, as seek to quench the fire of love with words.”

“I do love nothing in the world so well as you: is not that strange?” – Benedick in Much Ado About Nothing

“They do not love that do not show their love.”

“Some Cupid kills with arrows, some with traps.” – Much Ado about Nothing Act 3, Scene 1

“Let me not to the marriage of true minds admit impediments.” – Sonnet 116

“And this, our life, exempt from public haunt, finds tongues in trees, books in the running brooks, sermons in stones, and good in everything.”

“The empty vessel makes the loudest sound.Life is as tedious as twice-told tale, vexing the dull ear of a drowsy man.”

“We are such stuff as dreams are made on, and our little life is rounded with a sleep.” – The Tempest Act 4, Scene 1

“Life”s but a walking shadow, a poor player, that struts and frets his hour upon the stage, and then is heard no more; it is a tale told by an idiot, full of sound and fury, signifying nothing.” – Macbeth Act 5, Scene 5

“Better three hours too soon than a minute too late.”

“I cannot tell what the dickens his name is.” – The Merry Wives of Windsor Act 3, Scene 2

“When we are born we cry that we are come to this great stage of fools.”

“But where there is true friendship, there needs none.” – Timon Of Athens, Act 1 Scene 2, Line 17; Timon

“The band that seems to tie their friendship together will be the very strangler of their amity.” – Antony And Cleopatra, Act 2 Scene 6, Lines 117-19; Enobarbus To Menas

“I count myself in nothing else so happy / As in a soul remembering my good friends.” – Richard Ii, Act 2 Scene 3, Lines 46-47; Bolingbroke To Percy

“Neither a borrower nor a lender be; for loan oft loses both itself and friend, and borrowing dulls the edge of husbandry.” – Hamlet Act 1, Scene 3

“Friendship is constant in all other things / Save in the office and affairs of love.” – Much Ado About Nothing, Act 2 Scene 1, Lines 166-67; Claudio

“Friends, Romans, countrymen, lend me your ears: I come to bury Caesar, not to praise him.” – Julius Caesar Act 3, Scene 2

“That which I would discover / The law of friendship bids me to conceal.” – Two Gentlemen Of Verona, Act 3 Scene 1, Lines 4-5; Proteus To The Duke Of Milan

“Cowards die many times before their deaths; the valiant never taste of death but once.” – Julius Caesar Act 2, Scene 2

“Moderate lamentation is the right of the dead, excessive grief the enemy to the living.”

“I burn, I pine, I perish.” – Lucentio in The Taming of the Shrew

“Come what come may, time and the hour runs through the roughest day.” – Macbeth in Macbeth

“Time shall unfold what plighted cunning hides: Who cover faults, at last shame them derides.” – Cordelia in King Lear

“All the world ‘s a stage, and all the men and women merely players. They have their exits and their entrances; And one man in his time plays many parts.” – As You Like it Act 2, Scene 7

“Now is the winter of our discontent” – Richard III Act 1, Scene 1

“Be not afraid of greatness. Some are born great, some achieve greatness, and others have greatness thrust upon them.”

“The golden age is before us, not behind us.”

“How poor are they that have not patience! What wound did ever heal but by degrees.”

“The miserable have no other medicine, but only hope.” – Claudio in Measure for Measure

“To me, fair friend, you never can be old, For as you were when first your eye I ey’d, Such seems your beauty still.”

“Beauty is bought by judgement of the eye.”

“If I could write the beauty of your eyes And in fresh numbers number all your graces, The age to come would say, ‘This poet lies; Such heavenly touches ne’er touch’d earthly faces.’”

“See how she leans her cheek upon her hand. O, that I were a glove upon that hand That I might touch that cheek!”

“What a piece of work is a man, how noble in reason, how infinite in faculties, in form and moving how express and admirable, in action how like an angel, in apprehension how like a god.”

“For where is any author in the world Teaches such beauty as a woman’s eye?”

“Beauty itself doth of itself persuade the eyes of men without an orator.”

“Beauty is but a vain and doubtful good; a shining gloss that fadeth suddenly; a flower that dies when it begins to bud; a doubtful good, a gloss, a glass, a flower, lost, faded, broken, dead within an hour.”

“Beauty’s a doubtful good, a glass, a flower, Lost, faded, broken, dead within an hour; And beauty, blemish’d once, for ever’s lost, In spite of physic, painting, pain, and cost.”

“Were beauty under twenty locks kept fast, yet love breaks through and picks them all at last.”

“The most peerless piece of earth, I think, that e’ er the sun shone bright on.”

“Tis beauty truly blent, whose red and white Nature’s own sweet and cunning hand laid on.”

“Look on beauty, And you shall see ’tis purchased by the weight, Which therein works a miracle in nature, Making them lightest that wear most of it.”

“Virtue is beauty, but the beauteous evil. Are empty trunks o’erflourished by the devil.”

“Let witchcraft join with beauty, lust with both!”

“All that glisters is not gold.” – The Merchant of Venice Act 2, Scene 7

People are fascinated by the works of William Shakespeare. Even though Shakespeare passed on centuries ago, his legacy, wit, and wisdom will stay with us and future generations.